Join A Community Of Like-Minded, Success Driven Individuals As You Take Life Into YOUR Hands

By unlocking the keys to a powerful mindset, Passive income, and personal growth 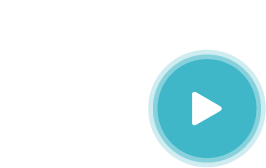 Your New Home Base For Growth, Knowledge,
And Reaching Your Full Potential

My Own Terms brings together professionals and enthusiasts from all corners of the internet to learn, grow, and connect on a variety of different topics. They share their feedback and wisdom to bring you the philosophies, systems, and fundamental behaviors for living life on your own terms.

High-quality, one-of-a-kind articles and case studies on a broad range of growth topics (self-improvement, stronger relationships, career growth, etc.), all written by experts who can personally speak to the topics at hand.

A growth-oriented community where you can surround yourself with and learn from like-minded individuals, all working towards living life on their own terms

Ever-expanding library of knowledge, tools, and resources to help you overcome any obstacle standing in your way

The First Steps To Living Life On Your Own Terms? Clarity! Find Out More Here

My Own Terms is a success-driven environment where everyday people find the keys to unlock their inner greatness.

The tools, knowledge, and resources here give you everything you need to design the life of your dreams…YOUR WAY

When you enter My Own Terms, three things will happen:

You’ll gain absolute clarity about what living life on your own terms looks like specifically for you.

You’ll discover the missing pieces you need to put in place in order to make it happen.

You’ll be equipped with everything you need to blow past that as your goals and desires change.

Joshua T. Osborne is an American entrepreneur, business coach, and motivational speaker. He owns several multi-million-dollar businesses, and has coached thousands of successful students to create their own six and seven-figure income streams.

However, Josh wasn’t born into success. He grew up in extreme poverty living the first 9 years of his life in a trailer park. A troubled adolescence and multiple run-ins with the law resulted in a prison sentence.

But Josh is the very definition of resilience. Upon his release, Josh began the process of turning his life around. He started a moving company from scratch, and grew it to the largest in Colorado.

He built a 7-figure roofing company from scratch. And, taking what he learned in the process of growing these businesses and attracting customers, Josh founded Mr. & Mrs. Leads, a digital marketing agency helping hundreds of businesses (small local players and large national companies) grow their customers and increase profits.

After perfecting his processes, Josh began teaching others how to build their own agencies helping local business owners.

This was the birth of Josh’s first coaching program, BAM University. BAM University has served over 2,000 students since its inception in 2018, and has created hundreds of 6- and 7-figure entrepreneurs who have escaped their old, mundane lives and begun living on their own terms.

Now, Josh and his team are creating new offerings through My Own Terms in order to help more and more people live life on their own terms, regardless of their personal circumstances.

Joshua has been recognized by Forbes, The Huffington Post, Fox Business, Entrepreneur, and Inc. for his entrepreneurial abilities and successes.

Get your free copy of Joshua’s new book, My Own Terms, by clicking the button below. 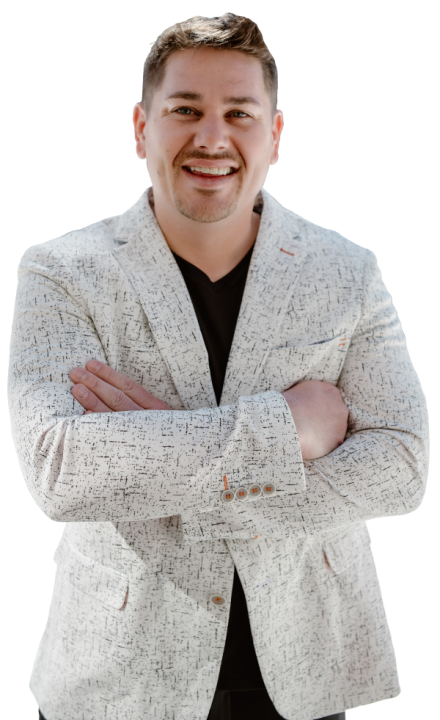 Hear What Josh's Students Have To Say

Become A Master Of Everything In Your Life 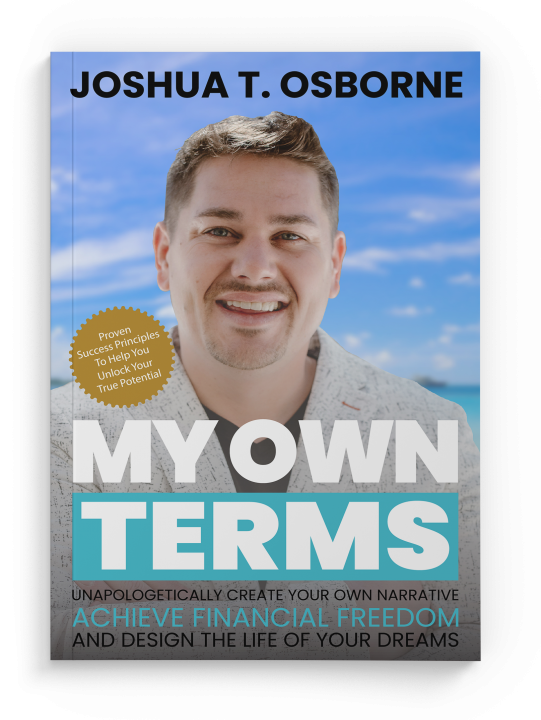 Get Josh's New Book My Own Terms For FREE